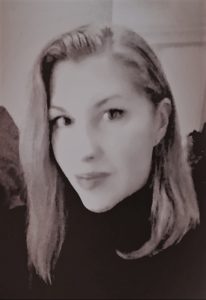 Suzanne Smith is a Registered Nurse who has been practicing in the skincare and beauty industry since obtaining her esthetician license in 1995. While working as an esthetician, she continued her education; completing advanced courses at the International Dermal Institute. She later became a skincare educator for a leading professional skincare company, where she trained staff in some of the top spas in the country. In 2010, she became director of HealthCare Partners medical spa in Torrance, where she performed medical skincare treatments and oversaw daily operations of the spa. During this time, her passion for medical esthetics grew and she decided to pursue her nursing degree. She received her Associates of Science in Nursing from Los Angeles County College of Nursing in 2012, then later her Bachelors of Science in Nursing at California State University, Fullerton in 2014.
Suzanne has acquired a vast amount of knowledge and experience in multiple treatment modalities, including but not limited to microdermabrasion, chemical peels, ultrasound, injectibles and laser treatments. In addition to performing medical esthetics, Suzanne is currently employed in the surgery department at Kaiser Permanente in Harbor City; where she provides pre and post-operative care to surgical patients.
Suzanne and Lliljana met in the early 2000’s when Suzanne became a client of Lliljana’s seeking treatment for her own skin. She was amazed at the results and became a believer and follower ever since. Llilljana has been a mentor to Suzanne through the years. The two share the same philosophy of “East meets West”, and incorporating the best of holistic and alternative modalities with the latest science that has been proven to provide results. Suzanne’s goal is to provide each and every client with a safe and effective treatment that allows them to look and feel their greatest.